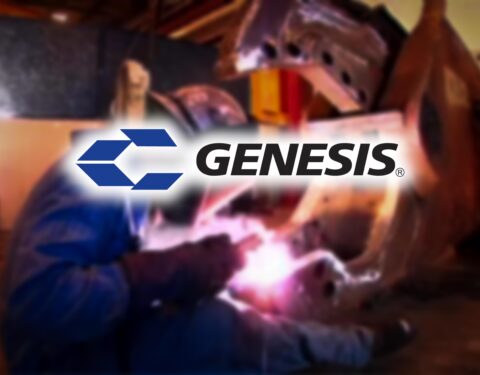 Genesis is dedicated to providing real solutions for the challenges of the scrap processing, demolition, and material handling industries. In ten short years Genesis grew from an idea to the world’s largest manufacturer of hydraulic attachments. While successful in developing world class products, Genesis was having trouble establishing a brand identity. They asked Parthé to define who they are. Over the course of a year, Parthé traveled to work sites around the country, interviewing operators and owners alike. Parthé wanted to see how the end users viewed Genesis. The results were positive and surprising; Genesis products are as exceptional as the people behind the company. From this, an interesting pattern emerged—everyone that participated in these discussions was eager to share a unique story; how the parts department saved them on a certain job, how engineering worked with them to solve a job site specific problem, or the extra mile their salesman took to ensure their satisfaction. From these experiences the brand message of The Promise of Performance was born, a promise that went beyond Genesis products and applied to every aspect of the company. Through this process the key influencers developed. Parthé found that the equipment operators had influence over the decision makers as to which brand of products to purchase. While most sales people would wine and dine the owners, these influencers were being ignored. Realizing the importance of these brand loyal influencers, Parthé created unique posters and other targeted marketing materials that spoke directly to them. Parthé worked with the Genesis sales staff and employees to develop an understanding of how to speak the Genesis brand.The resulting multi-pronged campaign utilized traditional and new media to reach both external and internal customers while creating a visual and audible fingerprint for the Genesis brand, solidifying that the Genesis’ Promise of Performance is indeed stronger than steel.

When Genesis Attachments decided they wanted an unconventional way to introduce a new product at a large tradeshow, they turned to Parthé. The objective was to create a campaign that would not only peak peoples interest around their new XT Shear, but more importantly to capture visitors walking past their booth. The centerpiece of the campaign was a 3-D video that played inside the Genesis booth. This 3-D video featured the many benefits of the XT, while exploiting the “coolness” of a well made 3D format. Prior to the show, the campaign garnered interest through a series of “accidentally” leaked spy camera videos. These short, campy videos were created by two “spies” that were lurking outside the Genesis manufacturing facility, trying to get an early look at this revolutionary new attachment. The campaign also featured collateral print materials that promoted the coming of the next generation shear from Genesis. The 3-D video was the talk of the show, luring hundreds of people to their booth, which gave the Genesis representatives the opportunity to have conversations with potential customers about this new product as well as their entire product line.